In the winter of 2008 we enjoyed working within the Roman Baths complex in the city of Bath. We carefully moved and redisplayed many carved artifacts such as altars and tombstones as part of the redevelopment of the galleries of the museum. We also carried out pollutant removal and conservation work to many of the monuments.

We worked to rearrange, improve the quality of the fixings and conserve architectural elements on the famous 'Gorgon’s Head' pediment from the principal Roman temple to Sulis Minerva (from which we were inspired to take our name and logo). The central element of the triangular pediment is the gorgon's head symbol for Sulis Minerva which surmounted a frieze and four large, fluted corinthian columns.

The oolitic limestones of the Bath and Cotswolds series provide an excellent medium for sculpture. The carving is solid and may be interpreted as 'provincial'. Early Roman sculpture in South West Britain was strongly influenced by craftsmen from the continent (especially northern and eastern Gaul).

Local stonecarvers may then have been trained by them as there was no tradition of the use of stone with native artists for whom figurative work was a new art form. This creates an interesting symbiosis of styles when it appears within the classical context. The mustachioed gorgon's head (unusually depicted as a male) with his prominent almond-shaped eyes, lush snake-filled hair and stylistic 'frontality' characterises many aspects of Romano-British sculpture in the south west. 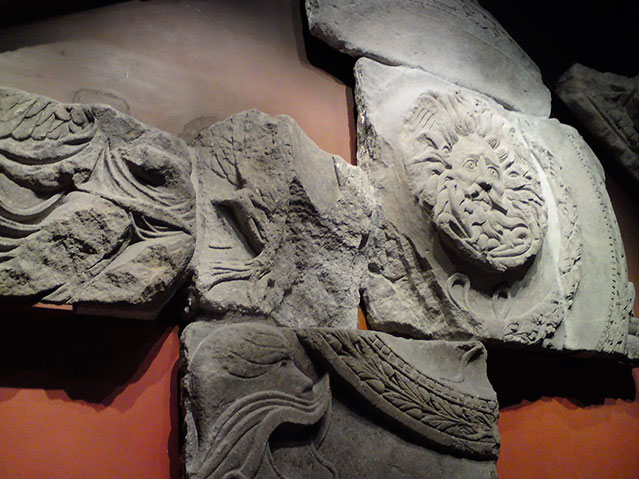 Below. Pediment and associated Corinthian capital and column after works

Below: carefully lifting sections of a large mosaic. 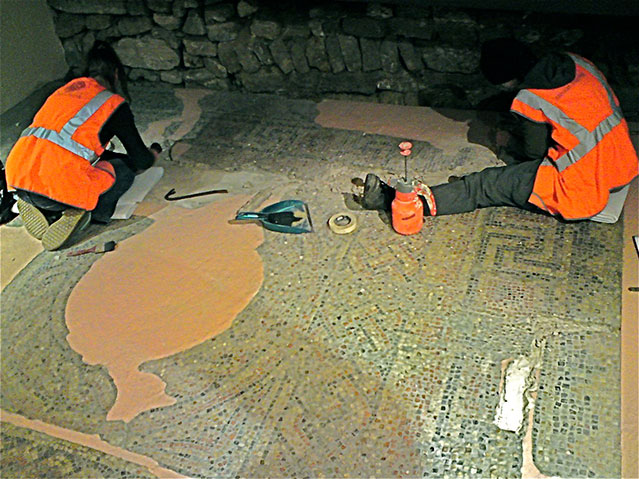 Below: our gantry having moved Roman gravestones into their new position. 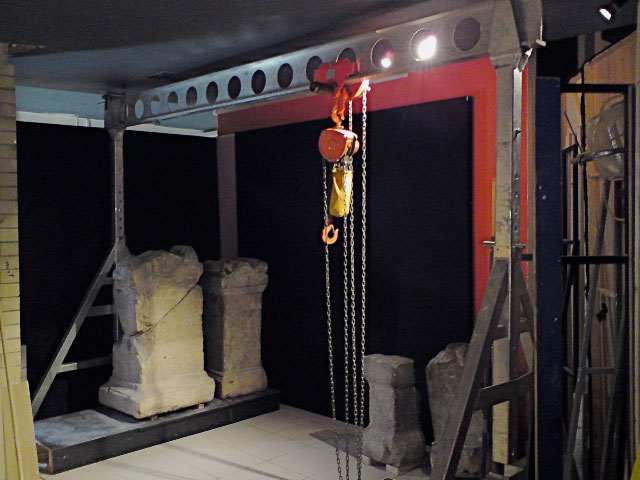 Altars and tombs after conservation and redisplay.