A Brief History of Lime 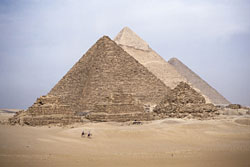 The first mortars were made from mud or clay. These materials were used because of availability and low cost. The Egyptians utilized gypsum mortars to lubricate the beds of large stones when they were being moved into position. Each of these materials, however, did not perform well in the presence of high levels of humidity and water.

It was discovered that limestone, when burnt and combined with water, produced a material that would harden with age. The earliest documented use of lime as a construction material was approximately 4000 BC when it was used in Egypt for plastering the pyramids. The beginning of the use of lime in mortars is not clear. It is well documented, however, that the Roman Empire used lime based mortars extensively. Vitruvius, a Roman architect, provided basic guidelines for lime mortar mixes:

Mortars containing only lime and sand required carbon dioxide from the air to convert back to limestone and harden. Lime/sand mortars hardened at a slow rate and would not harden under water. The Romans created hydraulic mortars that contained lime and a pozzolan such as brick dust or volcanic ash. These mortars were intended be used in applications where the presence of water would not allow the mortar to carbonate properly. Examples of these types of applications included cisterns, fish-ponds, and aqueducts. 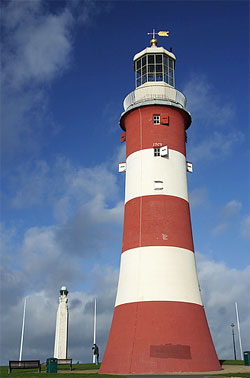 The most significant developments in the use of pozzolans in mortars occurred in the 18th century. It was discovered that burning limestone containing clays would produce a hydraulic product. In 1756, James Smeaton developed perhaps the first hydraulic lime product by calcining Blue Lias limestone containing clay. An Italian pozzolanic earth from Civita Vecchia was also added to provide additional strength. This mortar mixture was used to build the Eddystone Lighthouse. James Parker patented a product called Roman cement or natural cement in 1796. Natural cement was produced by burning a mixture of limestone and clay together in kilns similar to those used for lime. The resulting product was ground and stored in waterproof containers. Typically natural cements had higher clay contents than hydraulic lime products which allowed for better strength development. Natural cement mortar was used in construction where masonry was subjected to moisture and high levels of strength were needed. 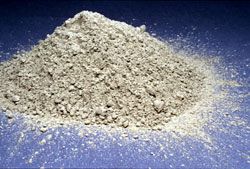 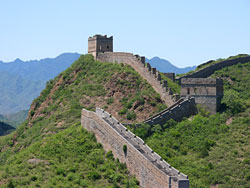 Until approximately 1900, lime putty was used in construction applications. Limestone was burned in small kilns often built on the side of a hill to facilitate loading. Wood, coal and coke were used as fuel. The quicklime produced from these kilns was added to water in a pit or metal trough and soaked for an extended period of time. The time required for soaking was dependent on the quality of the quicklime and could range from days to years. It was generally thought that the longer the quicklime was soaked, the better it would perform.

Lime has proven performance that is demonstrated by structures, such as the Great Wall of China, which have lasted for hundreds of years. The reasons for using lime in mortar 2000 years ago, still remain valid today in modern masonry construction.